Ketamine was synthesized in 1962 as part of an effort to create a safe and effective anesthetic that could be used in situations where a patient may be at risk for respiratory failure.(1) After clinical studies confirmed that ketamine was an effective sedative, anesthetic, and analgesic (pain reliever), it became widely utilized for surgical procedures.(2)

Ketamine is still expansively used today in human and veterinary medicine, largely because it has minimal side effects and a low risk for respiratory or cardiac complications, unlike other anesthetics.(2) When taking ketamine, people report out-of-body experiences (i.e., feelings of “having no limbs” or “floating in space”), vivid dreams, and changes in sensory perception.(3) This is known as dissociation, making ketamine a dissociative anesthetic.(1-3)

While medical providers primarily use ketamine as an anesthetic, they have also begun exploring its therapeutic potential for psychiatric conditions.(2) After several decades of research, ketamine has recently gained traction as a treatment option for depressive disorders, including bipolar depression, which is a component of bipolar disorder that is also referred to as depressive episodes, a phase of both bipolar 1 and 2 disorder.(1,2,4,5)

Ketamine may benefit you if you are at risk for suicide or actively experiencing a depressive episode.(6) Like other medications used to treat bipolar depression, ketamine treatment may exacerbate symptoms of mania in some people..(4,6)

What is Bipolar Disorder?

Bipolar and related disorders are a group of mental health conditions that devastate an individual’s quality of life and functionality.

Bipolar disorder is often misdiagnosed as a major depressive disorder until manic (bipolar 1) or hypomanic symptoms (bipolar 2) also occur; therefore, treatment is frequently delayed.(8) Even with a proper diagnosis, many bipolar patients struggle with debilitating medication side effects, such as kidney and thyroid dysfunction, that may result in the decision to stop medical treatment. Some patients may also experience weight gain and lethargy while taking mood stabilizers.(9)

Mania and hypomania are defined as:

What Are the Symptoms of Bipolar Disorder?The symptoms associated with bipolar and related disorders may vary depending upon the specific diagnosis but can include: mania, hypomania, and depressive experiences or episodes.

Symptoms of mania or hypomania may include:(7)

Symptoms of depression may include:(7)

If you are experiencing any of the symptoms above, including thoughts of suicide, you are not alone. A conversation with your healthcare provider can help you determine the right treatment option for you.

The exact cause of bipolar disorder varies, and the underlying mechanisms are not fully understood. Like many mental health conditions, genetic and environmental factors (parental substance abuse during pregnancy, physical and psychological stress, loss of parents or loved ones, etc.) may play a role in the development and onset of illness.(10)

What is Ketamine Therapy for Bipolar Depression?

Ketamine treatment for bipolar depression can be administered in combination with different types of therapy, including cognitive behavioral therapy and mindfulness-based interventions (meditation, yoga, and awareness training).(11) The schedule of ketamine administration can vary across healthcare providers and individual treatment responses. Treatment may involve a single dose or multiple doses depending on symptom severity, and therapy sessions may occur before, during, or after receiving ketamine.(11-13)

It is important to note that ketamine is currently only used to help manage the symptoms of bipolar depression. To date, researchers have not seen success in exploring ketamine as a treatment for bipolar disorder as a whole. Early research indicates that ketamine may trigger manic episodes in some patients, making it less than ideal for treating the condition.

However, medical professionals have seen some promising results for using ketamine to manage the depressive phase of bipolar disorder, also known as bipolar depression. 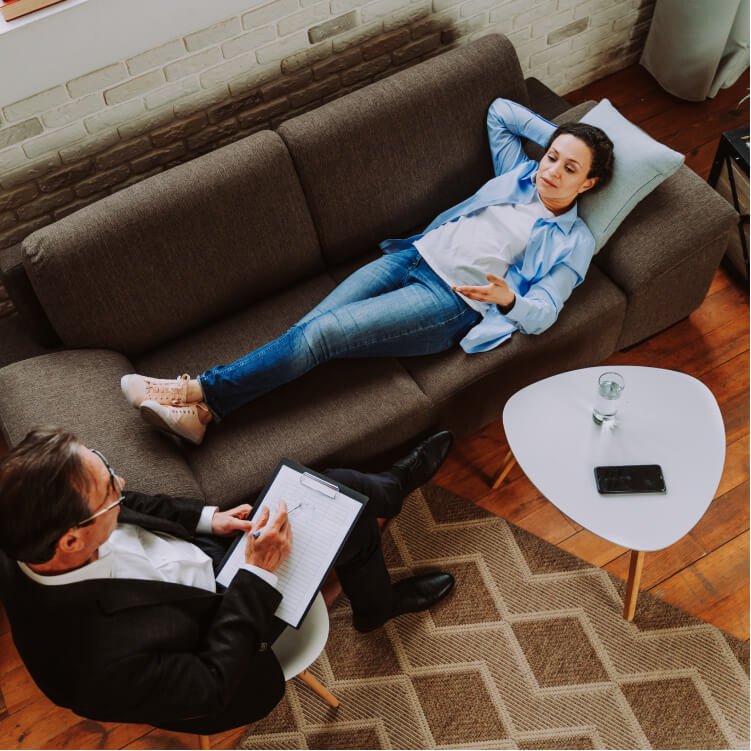 How Does Ketamine Help to Treat Bipolar Disorder?In the brain, ketamine acts on the N-methyl-D-aspartate (NMDA) receptor, a glutamate receptor.(2) Glutamatergic activity in the brain, along with other types of neurotransmission (e.g., serotonin), is dysregulated in unipolar and bipolar depression. This means that your brain has unbalanced or poorly regulated levels of glutamate and other neurotransmitters available.

This dysregulation of the glutamate system may be partially responsible for some bipolar symptoms.(10) The exact mechanism by which ketamine exerts anti-depressant effects in bipolar depression is not yet fully understood.(4) However, one recent study has shown that ketamine infusions can have a response and remission rates as high as 73% and 63%, respectively. In other words, ketamine may be highly effective for treating bipolar depression.

In addition to the direct action on brain chemistry, researchers speculate that subjective out-of-body experiences elicited by ketamine may be necessary to achieve full therapeutic potential.(14,15) For example, studies have found that more intense experiences of altered consciousness are associated with improvement in symptoms from unipolar and bipolar depression.(14)

These altered states, which are also often described as “spiritual” and “mind-expanding,” may provide a promising comprehensive treatment option for bipolar depression. Some patients feel that these non-ordinary states of consciousness help them gain separation and objectivity when addressing particular aspects of their condition during therapy.

How is Ketamine Administered for Bipolar Disorder?Ketamine can be administered in several ways, but the most common routes of administration in therapy settings include: (2,11)

Ketamine treatment sessions typically occur in a clinical setting where vital signs, consciousness, and responsiveness can be monitored if you have adverse physical or behavioral reactions.(16)

At-home ketamine treatments are also available. Many initial qualifying steps for at-home-based ketamine will be similar to outpatient treatments. For example, you will have a consultation and initial patient intake, and you will meet virtually with a provider to help you understand if ketamine is right for you.

Does Ketamine Carry Risks for People with Bipolar Disorder?Treatment with antidepressants for bipolar depression can carry the risk of causing a switch from depression to mania in some people. The risk of inducing mania or manic symptoms can vary based on antidepressant type (e.g., selective serotonin reuptake inhibitor) and individual factors (i.e., stress, genetics, substance use disorder).(17) However, the risk may be decreased if you also take mood stabilizers.(4,17)

Because evidence is lacking regarding ketamine efficacy for the manic symptoms of bipolar 1, current guidelines do not have explicit recommendations for or against using ketamine for bipolar mania.(16,18) This may be confusing, as some research, cited throughout, supports the use of ketamine for bipolar depression. If you are primarily experiencing symptoms of mania or hypomania, standard medications for bipolar mania (i.e., antipsychotics, anticonvulsants)(19) may be a better treatment option for you.

Could Ketamine Help Manage Your Bipolar Disorder Symptoms?Ketamine is a promising treatment option for bipolar depression, particularly in treatment-resistant and severe cases.(6) If you are experiencing severe depression or suicidal thoughts, treatment with ketamine may provide short-term but rapid relief.(4)

Compared to most traditional antidepressants, which can take several weeks,(20) ketamine may be able to help you as quickly as one day after treatment. Talk to your healthcare provider to determine whether ketamine therapy can help you find the relief you deserve from your symptoms of bipolar depression. If you’re interested, we can help find ketamine for bipolar depression near you.